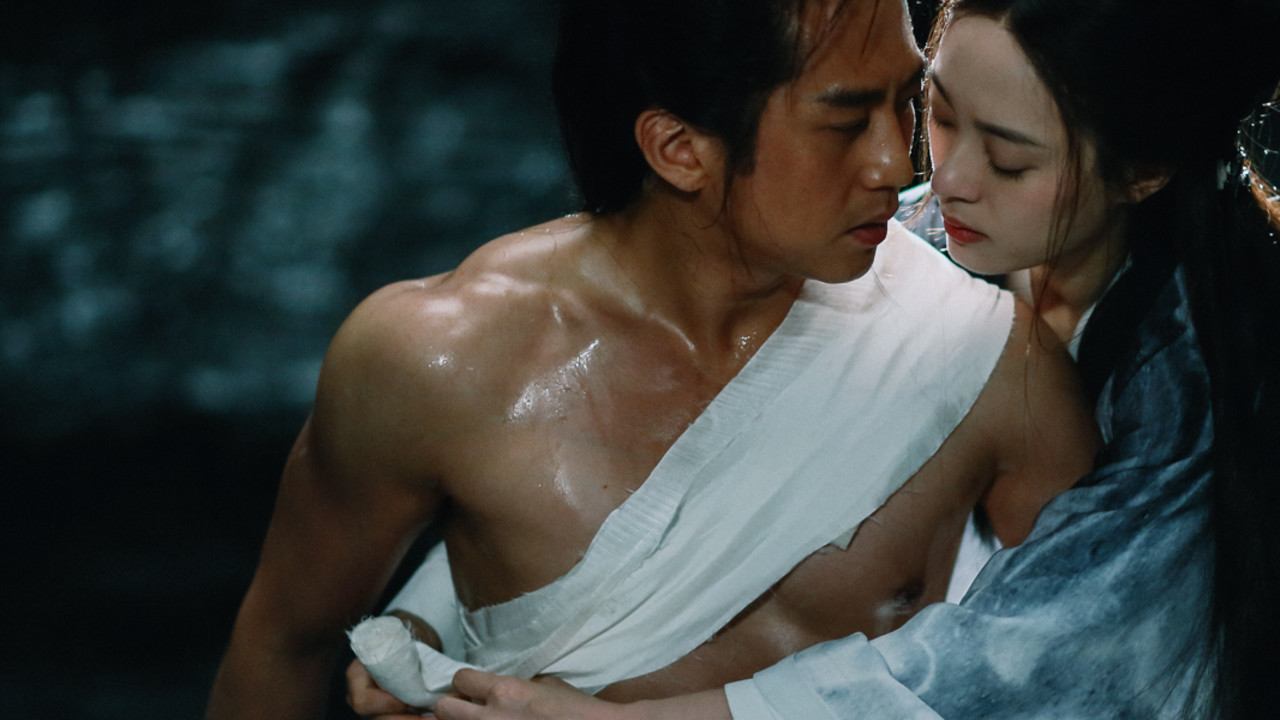 Zhang Yimou has long been acclaimed as one of cinema's great masters. His Raise the Red Lantern and Ju Dou brought the world's attention to the majesty of Chinese filmmaking. He launched the careers of two of China's major stars, Gong Li and Zhang Ziyi. From the big screen to the Beijing Olympics opening ceremony, Zhang's artistry is well known. But he can still surprise us. Shadow brings a completely original style to an epic story.

Pei is ruled by a wild, dangerous king (Zheng Kai). The king's military commander (Deng Chao) has fought bravely on the battlefield, but needs unique strategies to survive treachery in the king's court. He has cultivated a "shadow" (also played by Deng), a look-alike who can fool the king, as well as Pei's enemies, when deception proves necessary. Seeking final victory over a rival kingdom for control of the walled city of Jing, the king and the commander plot a secret attack. In training with his wife (Sun Li), the commander devises unconventional, lethal ways to use Pei's signature weapons and shields. The stage is set for an unprecedented battle.

Zhang is famous for his daring use of vibrant colour. Here, he turns sharply to a new palette, drawing on China's centuries-old tradition of ink-wash painting to craft costumes and production design in rich shades of black, white, and slate grey. His actors' faces stand in dramatic, colourful contrast. When the full, glorious action of Shadow's climactic battle is unleashed, the effect is breathtaking. The scale and drama reminds one of Akira Kurosawa's samurai epics, but the dazzling visuals are entirely Zhang.