Ruth is committed to her work, her family, and her faith, but when an ex-lover is released from prison and comes back into her life, her convictions are threatened, in Simon Jaquemet’s haunting film about the limits of spirituality. 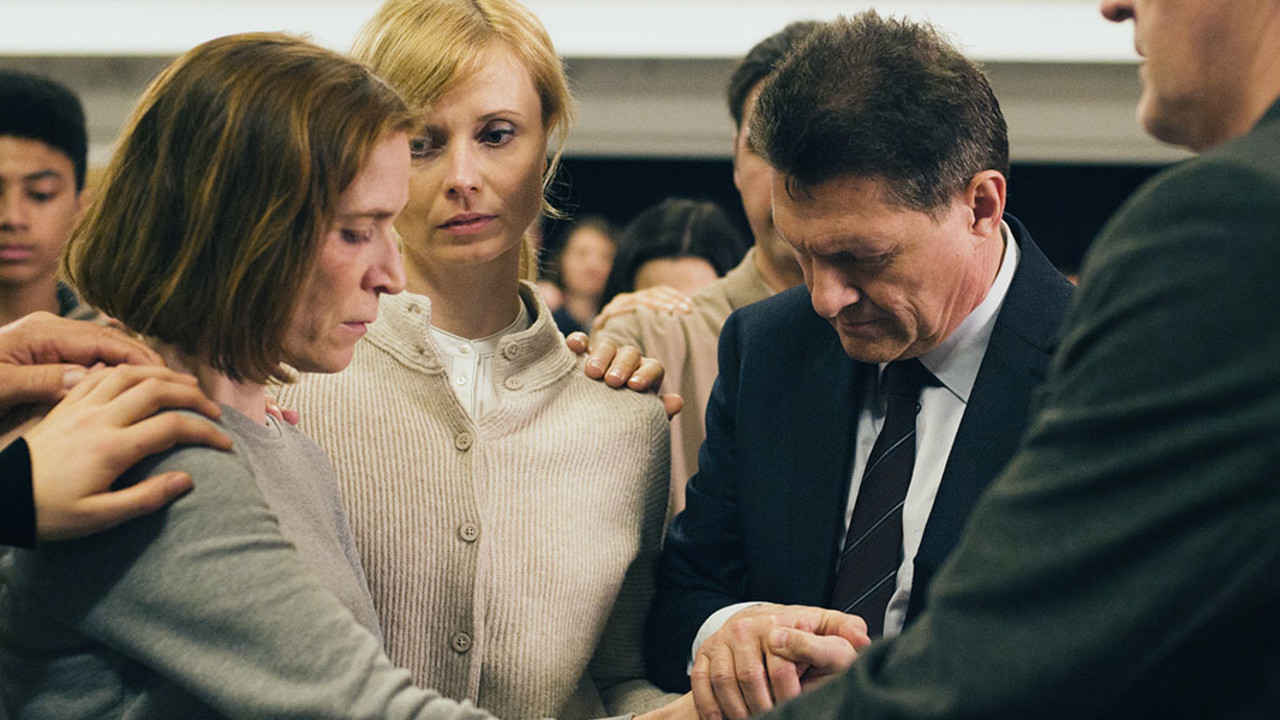 The Innocent tells a strange and unusual story. This imaginative, eerie work from Swiss director Simon Jaquemet follows a middle-aged lab worker dealing with a troubled part of her past that re-enters and disrupts her life with unparalleled force. This premise is spun out into a compelling tale of faith and belief, of religion and spirituality, and of science and the unknowable.

Ruth is devoted to her work conducting clinical trials for spinal-cord research, and to the monkeys her lab uses for experiments. With the reappearance of a former lover, who was imprisoned for murdering his aunt decades earlier, the ground starts to shift under Ruth's feet. As she enters an increasingly dark and troubled world, Jaquemet casts a mesmerizing web of uncertainty around his narrative. Ruth's husband and daughter turn to religion for help against the forces that threaten to unravel their lives.

Where The Innocent takes us next is gripping as well as intellectually satisfying. Unearthly? Mystical? Transcendental? Suffice it to say that this film is singular and magical. The Innocent defies easy description, and to give away more would be to spoil its pleasures.