A Costa Rican motorcycle messenger leads a simple life of hanging out with his delivery crew and meeting up with his girlfriend, but life takes a comedic turn when they lose their jobs and must find a new way to stay together, in the latest from Neto Villalobos (All About the Feathers). 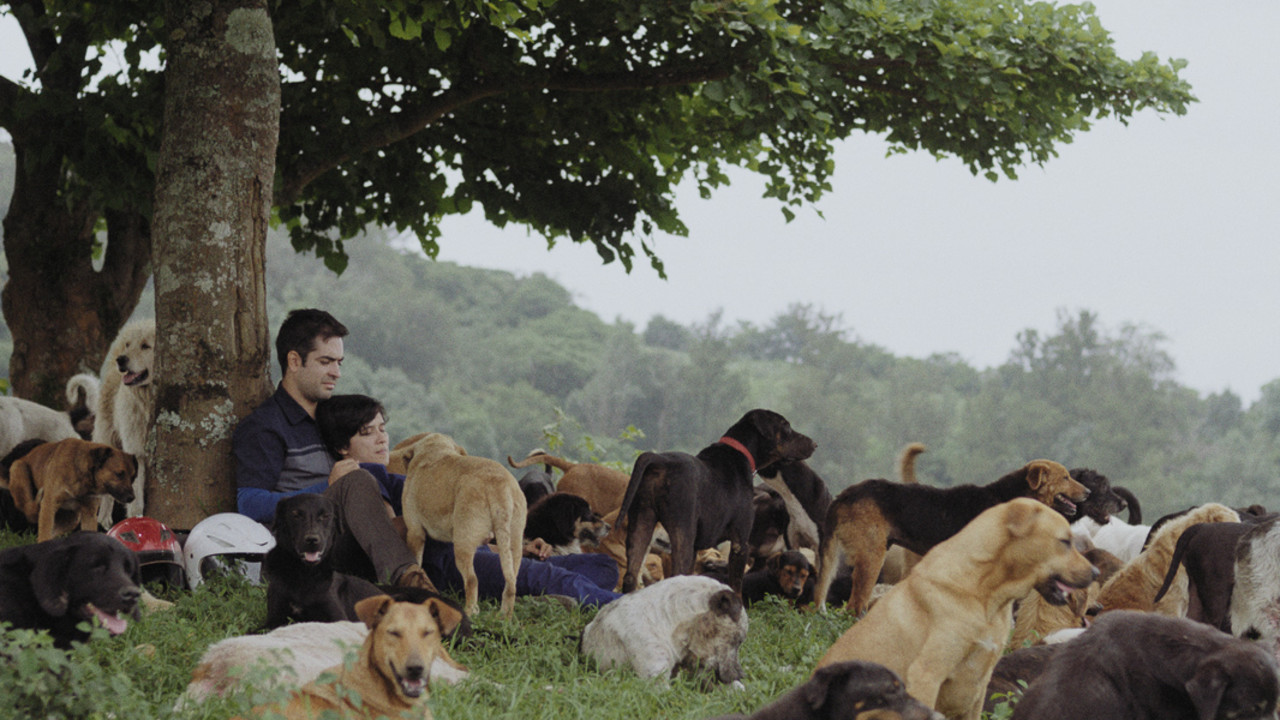 Nothing beats the freedom of zipping around on a motorcycle, especially in congested metropolises where they are unaffected by traffic jams. Costa Rican filmmaker Neto Villalobos's Helmet Heads follows motorcycle deliveryman Mancha (Arturo Pardo) as he navigates the streets of San José on his bike, hangs out with his fellow motor-delivery crew, and meets up with his girlfriend Clara (Daniela Mora) to hang out and have sex outdoors — on the motorcycle! — surrounded by dogs at the sanctuary where she works. It's an easy, unencumbered existence in the tropics and Mancha wants to hang on to it.

Things are set to change when Clara is offered a job on Isla Caballo and wants Mancha to accompany her. At the same time, the place where Mancha and his friends work has gone under. Not only did the bosses leave without paying them, they took the bike that Mancha had left parked at the offices. When Mancha finds himself selling ice cream while riding a regular bicycle, he realizes it's time for him to act.

Villalobos's comedic second feature is punctuated by deadpan, understated performances and hilariously absurd situations. As with his previous film, All About the Feathers, Villalobos's approach is fresh and unique and complemented by a cast of quirky characters. Reflecting on ideas of masculinity, friendship, and life's small dreams, Helmet Heads pays homage to men who are not quite ready to leave boyhood behind.