In this Salem-set thriller from Sam Levinson (Another Happy Day), four young women are accused of hacking and publishing their community’s private information, launching a proverbial witch hunt with very real consequences. 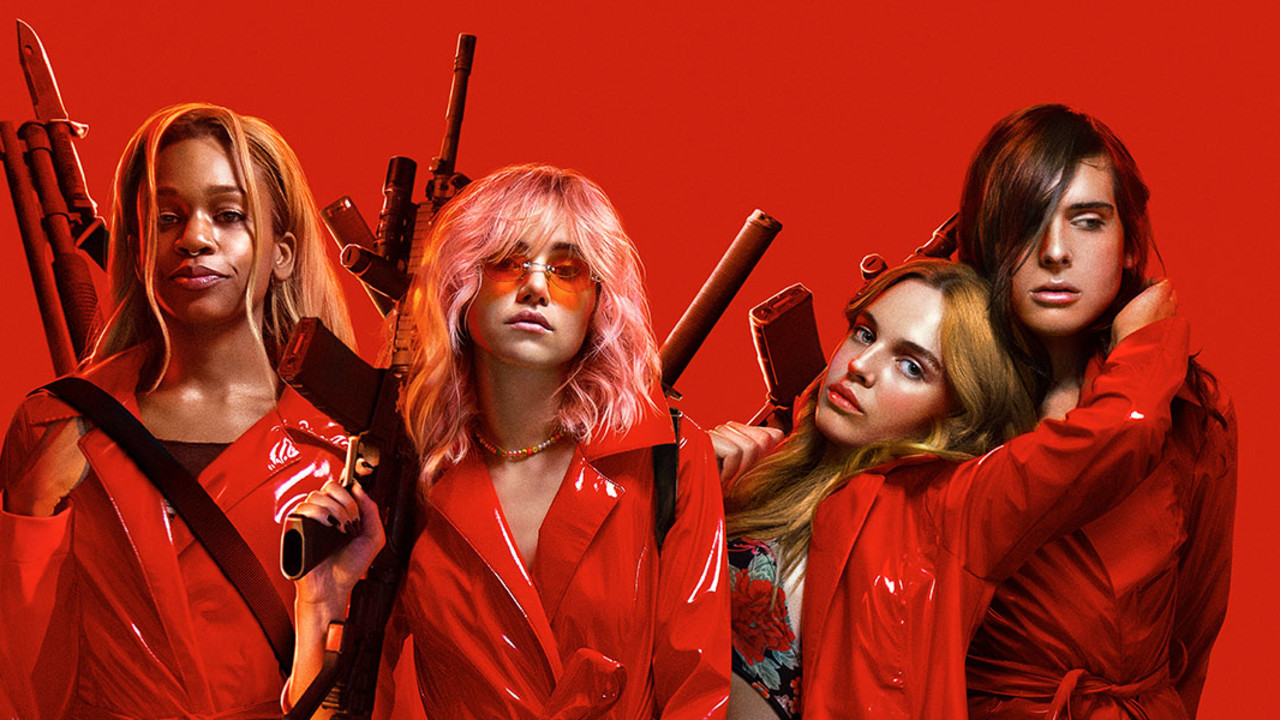 Opening with a barrage of trigger warnings cataloguing the countless ways one's sensibilities could be shattered by what you're about to see, Assassination Nation catapults itself spread-eagled — and wielding dual katanas — into the murky morality of today's social-media discourse, bluntly confronting the misogynistic rot permeating its platforms, participants, and beyond.

Set in the suburban community of Salem (natch), the film's mayhem first ignites when an anonymous hacker starts exposing the private data of select citizens. When the hacker suddenly doxxes half the town, an initial wave of righteous public shaming gives way to a violent mob mentality of paranoid prejudice where the pitchforks are no longer proverbial.

True to their legacies, the Salemites are quick to find a scapegoat. Across a trajectory that deliriously rockets from Mean Girls to The Purge in the span of a few retweets, a small band of high-school girls find themselves falsely accused of the hacks and must now fight for their lives as their neighbours vie for bloody reprisal.

For his contemporary Crucible, writer director Sam Levinson adopts the rapid rhythms and lurid aesthetics of Twitter threads and Instagram stories to articulate his cultural commentary through a lens that decidedly embodies the POV of his always-online, put-upon protagonists, electrically portrayed by Odessa Young, Hari Nef, Suki Waterhouse, and Abra.

Even after the film has ascended from a relatively grounded social satire to a blood-soaked high-concept thriller — complete with a gobsmacking home invasion set piece that evokes Dario Argento's Tenebrae — the four dynamic women firmly anchor what's at stake with their affecting and relatable humanity.