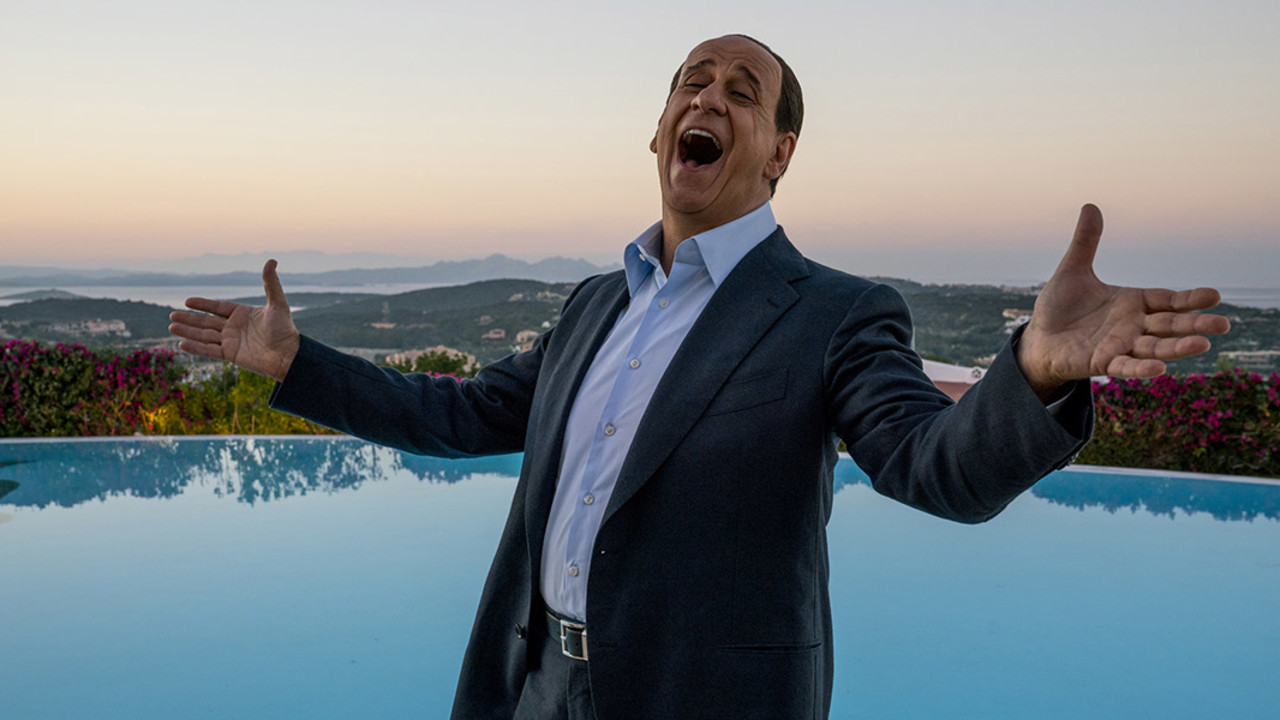 For the second time in his career, Paolo Sorrentino satirizes the tumult of Italian politics through the experiences of an infamous politician. While his hypnotic Il Divo dramatized the downfall of long-serving former Italian Prime Minister Giulio Andreotti, Loro's hyperkinetic inspiration is the controversial tycoon/ex-PM Silvio Berlusconi, a man who in real life is still running for office.

It is a corrosive and wildly profane comedy, skewering both its subject and modern Italy itself. Loro ("Them") pulls out all the stops in what is initially a supercharged vision of the country and the flawed forces behind it, namely Berlusconi and his cronies at their point of decline in the late 2000s. Sorrentino places us in the seedy orbit of Sergio (Riccardo Scamarcio), a handsome young guy-on-the-make whose ambition is to leave his provincial southern city of Taranto for Rome and get close to Berlusconi (Toni Servillo). His means of doing so is sordid but highly effective. Trafficking beautiful young women as escorts to attend parties and events proves to be his stepping stone into the halls of power. Once Sergio has arrived, so to speak, the increasingly embattled Berlusconi becomes the focus.

Through some of the most imaginative sequences in his filmography, Sorrentino elicits a towering performance from Servillo. Somehow boorish but charming, svelte but awkward, Berlusconi is depicted as a mass of contradictions, and the director is determined to treat him as more than a mere buffoon. Taken to task by his long-suffering, (soon to be ex-) wife, Veronica Lario (Elena Sofia Ricci), a woman of cool self-possession, and abandoned by his political allies, the fallen PM is left to fumble with the private realities behind his public scandals, and this is where the true power of Loro finally lies.