When carefree, young Lenni and his girlfriend find themselves expecting a child, he ends up looking for a role model in all the wrong places as he becomes involved with local right-wing activists, in the latest from Selma Vilhunen (Little Wing). 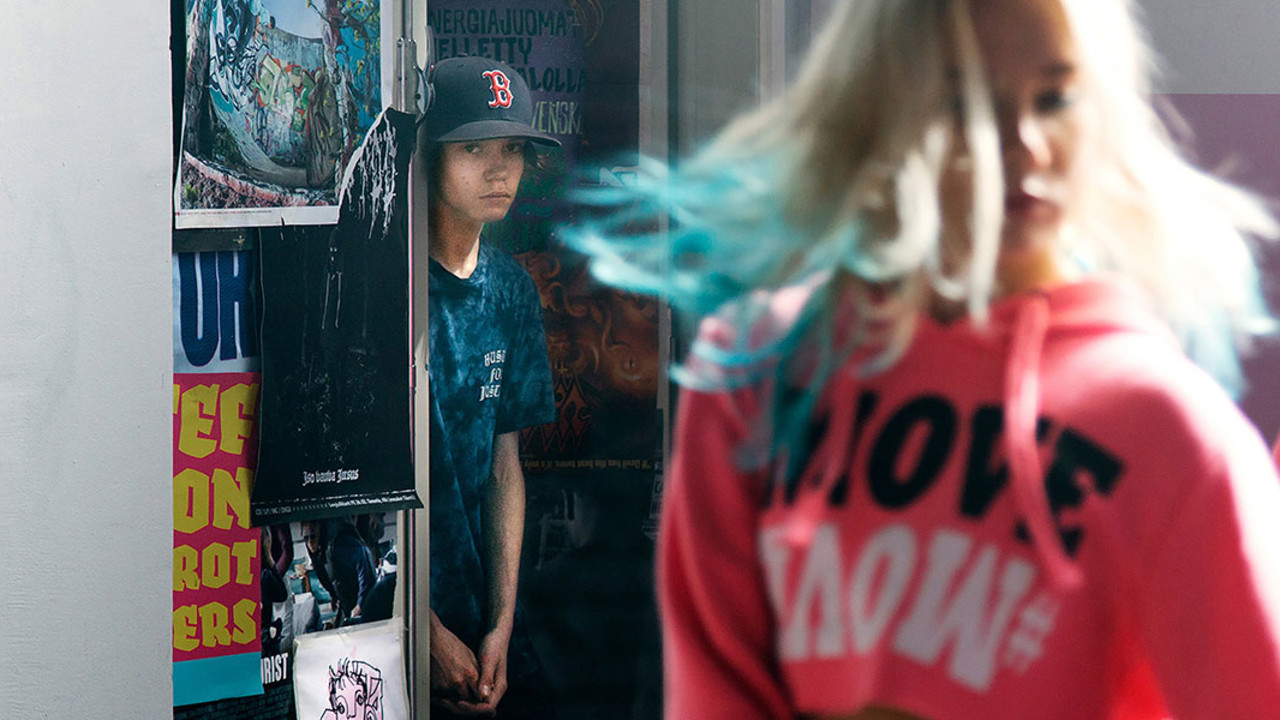 Selma Vilhunen, whose 2016 film Little Wing debuted at TIFF and went on to play around the world, returns with the equally skilful and affecting Stupid Young Heart. As with her fiction debut, Vilhunen’s new film focuses on young people trying to define themselves in the face of dire circumstances: in this case, the rise of the far right in Finland.

Lenni (Jere Ristseppä) is an energetic, tightly wound kid who’s persistently mocked for his short stature and whose mother considers him an inconvenience at best. Kiira (Rosa Honkonen), the girl he’s had a crush on for two years, is a popular dancer whose mother is even less invested in her. When Kiira winds up pregnant, she and Lenni decide to keep the baby. But the traditional working-class neighbourhood they occupy is in transition with new immigrant tenants moving in. And the far-right types are spoiling for a fight.

Looking for guidance, Lenni is caught between Abdi, a newcomer struggling to get ahead, and Janne, a father figure who sees the confused, isolated Lenni as easy prey for recruitment. As the young couple’s relationship hits countless snags, Lenni grows more erratic and emotional… and more deeply involved in the extremist netherworld.

Stupid Young Heart is well-crafted, emotionally acute, and beautifully performed by its two young leads. But its real strength (like Dome Karukoski’s Heart of a Lion) is its refusal to simply give up on the better possibilities and impulses in Lenni, whose gullibility and frustration have led him to a much darker place than he might have reached had any adult paid attention to him. It’s a courageous piece that rightly focuses on what should unite us rather than what far too often divides us.