Ben Mendelsohn, Edie Falco, and Connie Britton star in the latest from Nicole Holofcener (Enough Said), in which a newly retired husband and father leaves his wife in search of freedom, but his reckless new path leaves him longing for the steady comforts of his old life. 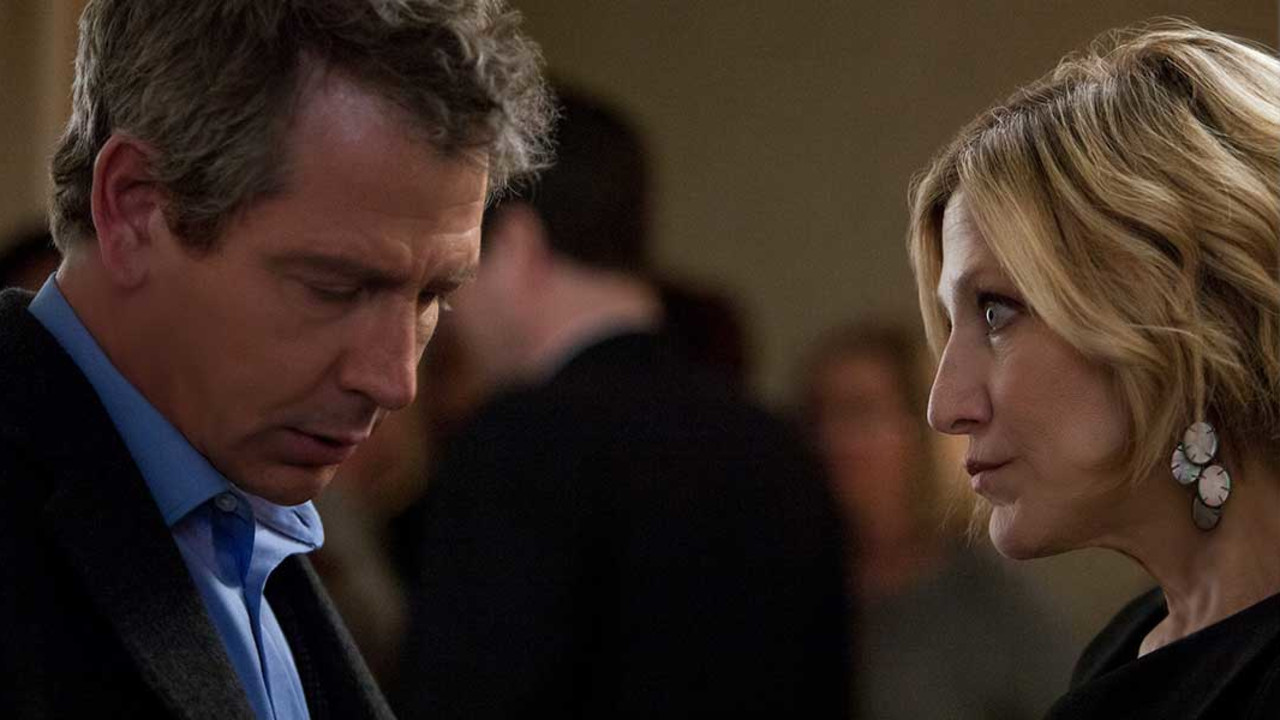 The Land of Steady Habits

For 200 years, Connecticut has been called "the land of steady habits," initially for its political stability though richer ironies quickly emerged. By 2014, when Ted Thompson wrote the novel on which Nicole Holofcener's new film is based, steady habits had become both a fair description and a caustic joke.

Ben Mendelsohn plays Anders Hill, a middle-aged man who has divorced his wife, Helene (Edie Falco), and surrendered the comforts of affluent family life for… well, he's not sure. Retired from work, freed from marriage, and largely abandoned by his adult son Preston (Thomas Mann), he seeks that liberating lightness he once had. But awkward dates prove unsatisfying, even with a woman as lively as Barbara (Connie Britton). Anders finds himself drifting towards adolescent adventures, trying to befriend his neighbour's teenage son Charlie (Charlie Tahan), and joining in risk taking he should have outgrown decades ago. Played with flinty charm by Mendelsohn, best known as a character actor, Anders is the kind of man often found at the centre of films, novels, and plays. He is successful and idiosyncratic. His flaws somehow make him seem more attractive. But watch what Holofcener does with this character.

Under the auspices of the woman who made such insightful social comedies as Enough Said, Please Give, Friends With Money, and Lovely & Amazing, Anders's rakish masculinity wilts. As the film progresses, it turns a sharper gaze on its questing protagonist, revealing more about Anders than he might ever want you to see. Less funny but more penetrating than Holofcener's comedies, The Land of Steady Habits emerges from a world similar to The Ice Storm's, where money won't buy mindfulness, and a man's grasp too often exceeds his reach