Don McKellar and his marquee cast — featuring Tantoo Cardinal, Brandon Oakes, Graham Greene and a dazzling Tanaya Beatty in the lead — explore the way a young Cree woman’s disappearance traumatizes her family and triggers events in two worlds: in Moosonee, the remote Northern Ontario community she fled years ago, and Toronto, where she modelled before vanishing. 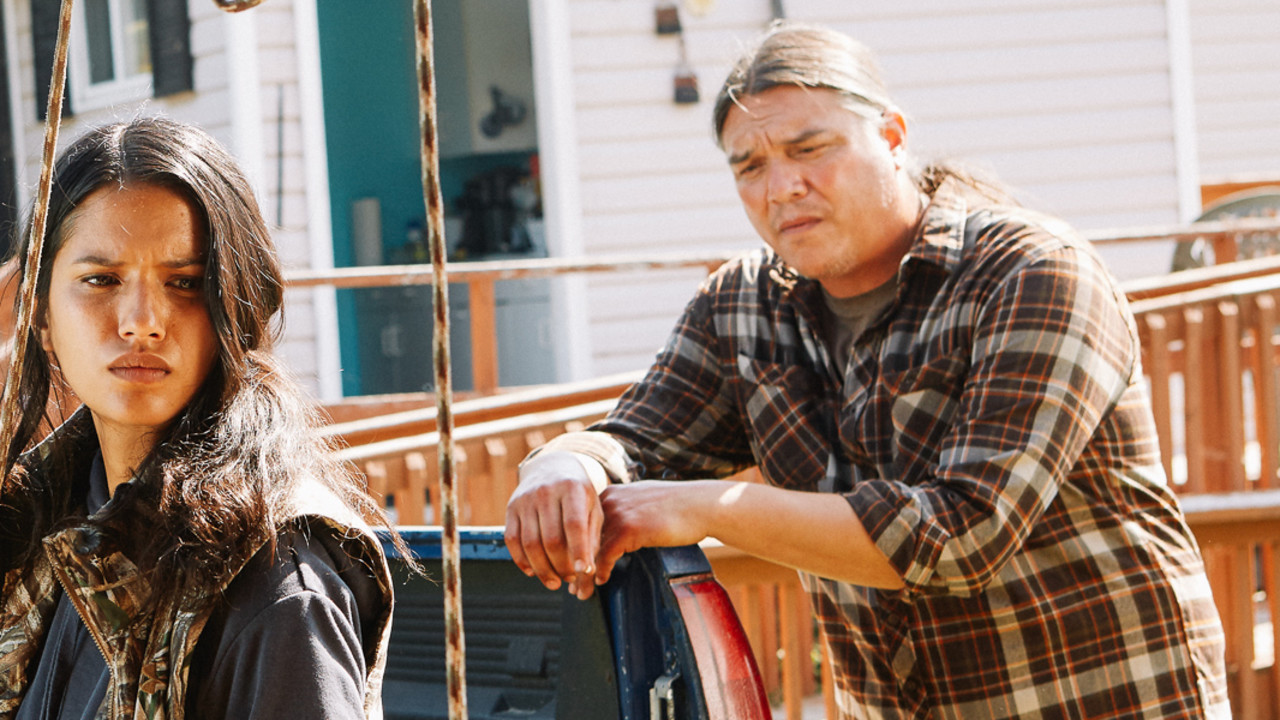 The smart, heartfelt Through Black Spruce follows Annie Bird (Tanaya Beatty), a Cree woman from James Bay, as she travels to Toronto to find her sister, Suzanne, who left the family home in Moosonee more than a year ago — and hasn't been heard from since.

In the city, Annie is sucked into the duplicitous and dangerous high-fashion world Suzanne became a part of, starting an affair with fast-rising photographer Jesse (Kiowa Gordon), the last photographer still working with Suzanne when things began falling apart. Annie soon realizes her search for Suzanne may jeopardize her own life.

Subtly directed by Don McKellar, Through Black Spruce is structured like a murder mystery but is less about following clues than it is about the pain caused by Suzanne's disappearance and her absence from the Bird family's lives. Both Annie and her Uncle Will (Brandon Oakes, the soul of the film) are forced to venture into strange and uncomfortable worlds in their attempts to keep their family together.

The film's sensational cast also includes veterans Graham Greene and Tantoo Cardinal (who also appears at this year's Festival in Falls Around Her).