In 19th-century Haida Gwaii, an accident prompts a tormented man to retreat deep into the forest where he becomes Gaagiixiid/Gaagiid — "the Wildman" — in this landmark first feature made entirely in the two dialects of the Haida language. 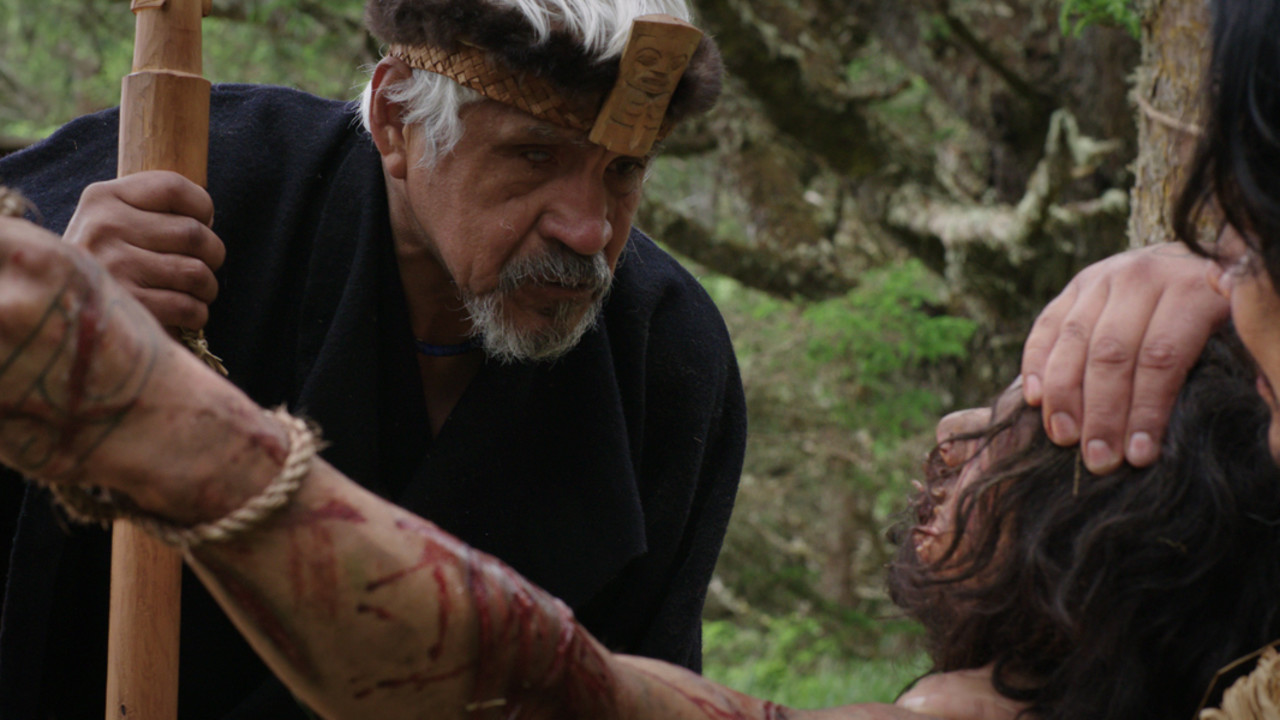 The first feature film made entirely in the Haida language — a critically endangered language spoken fluently by fewer than 20 people — Edge of the Knife is a stunning cinematic achievement and a spellbinding tale of pride, tragedy, and remorse set in Haida Gwaii in the 1800s.

Two extended families meet at their annual fishing camp one summer on the shores of Haida Gwaii, in Canada's Pacific Northwest. Charming Adiits'ii is close to the family of his best friend Kwa and an ardent teacher to Kwa's young son. The boy looks up to him, but Kwa's wife, Hlaaya, is concerned that Adiits'ii's appetite for challenges may lead to reckless choices. Tragedy strikes when a storm hits the small encampment and Adiits'ii becomes estranged from the group. Presuming him dead, they return to their winter home without him. Adiits'ii creeps deep into the forest and begins his ominous transformation into a Gaagiid/Gaagiixiid — the legendary Haida Wildman.

In this spectacular rendering of a classic Haida story, life on the land is shaped by the power of the elements, where natural and supernatural forces co-exist. Co-directed by Haida filmmaker Gwaai Edenshaw and Tsilhqot'in filmmaker Helen Haig-Brown, this ambitious project was a collaboration with Isuma, the team behindthe landmark film Atanarjuat: The Fast Runner. Made with a Haida cast and in collaboration with the Haida Council, Edge of the Knife proves that cinema can be at once a powerful vessel for riveting storytelling and a vital act of Indigenous language and culture revitalization.