When the world’s leading soccer star loses his touch and ends his career in disgrace, he goes on a delirious journey where he confronts neo-fascism, the refugee crisis, and genetic modification, in this bonkers first feature from avant-garde iconoclasts Gabriel Abrantes and Daniel Schmidt. 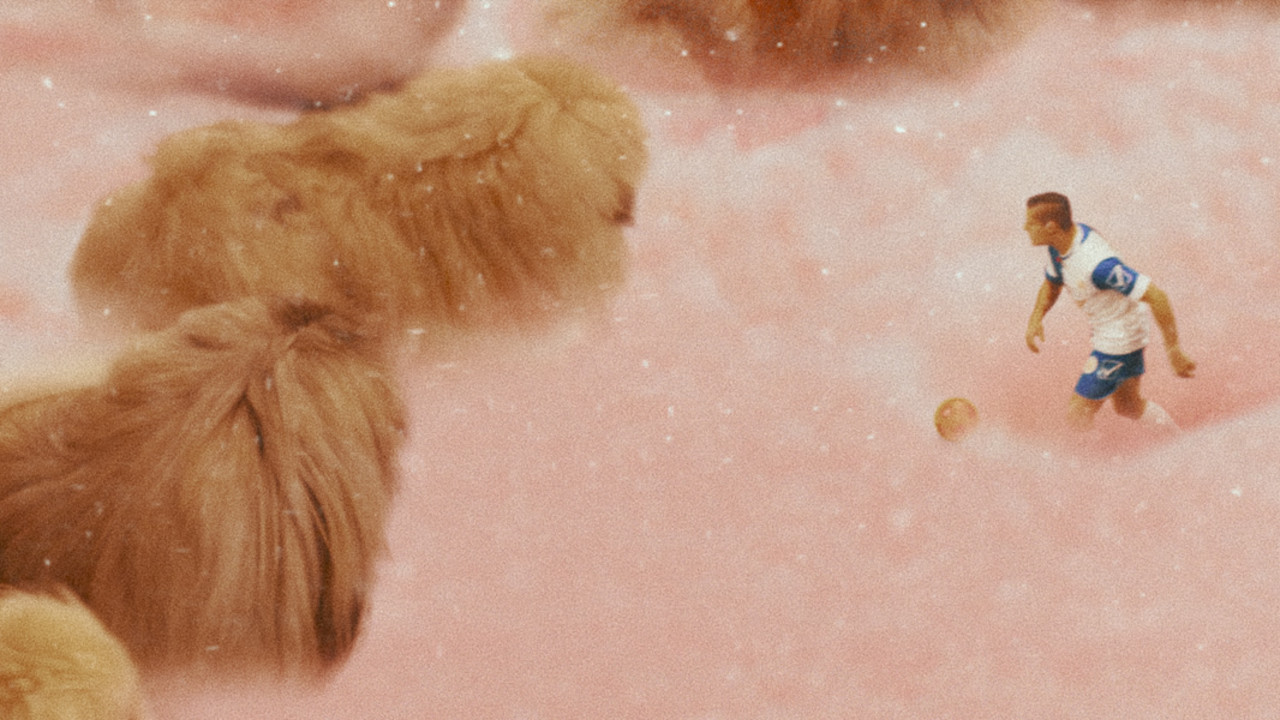 Born from the imaginations of avant-garde iconoclasts Gabriel Abrantes and Daniel Schmidt, this hilarious genre-blending, gender-bending satire is a remarkable potpourri of hot-button topics and campy hijinks, all of which escalate with the lunacy of an Ernst Lubitsch or John Waters joint.

When big-hearted but vacuous Portuguese soccer hunk Diamantino (a magnificent Carloto Cotta perfectly parodying Cristiano Ronaldo) learns about the European refugee crisis, it shatters his sheltered world view and drains him of the idyllic ignorance that fuels his athletic prowess. Becoming a national embarrassment overnight, he resolves to make amends by adopting an African refugee, only his new "son" turns out to be a lesbian tax auditor (Cleo Tavares) investigating the eponymous soccer savant on the suspicion of corruption.

Complicating things are Diamantino's malevolent twin sisters (Anabela and Margarida Moreira) who are subjecting their brother to genetic experimentation at the behest of a nefarious right-wing cabal. This is to say nothing of the surreal pageant of gargantuan fluffy puppies that manifest whenever Diamantino sets foot on a soccer field — a sight any aficionado of the absurd needs to experience and "squee" for themselves.

Vividly photographed in Super 16mm and peppered with a menagerie of inspired kitsch iconography, Abrantes and Schmidt's film is one of the year's most infectiously silly comedies. One could almost mistake it for science fiction if even the film's most outlandish ideas did not seem so pointedly plausible and resonant in today's strange (and growing stranger) times.