Maxime Giroux's absurdist allegory about a Québécois would-be actor stuck in a wildly disordered society dominated by an unseen fascistic leader eerily conjures the idea of "the other" currently playing out in the real world. 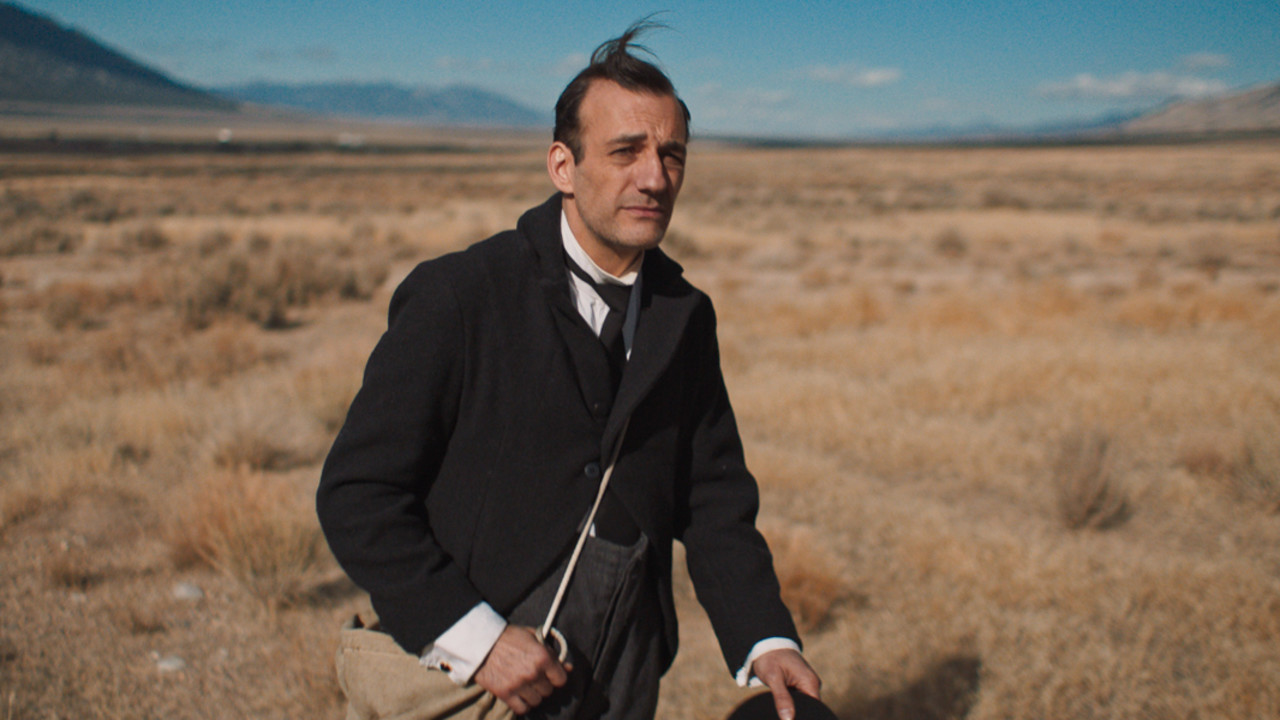 Since moving to features, Maxime Giroux has specialized in almost naturalistic films about those living on the fringes of Quebec society. From critically acclaimed titles like Demain and Jo pour Jonathan to Félix et Meira — which won the Best Canadian Feature at TIFF in 2014 — Giroux has focused on young outcasts with troubled histories.

Le grande noirceur, a sinister, absurdist allegory about our turbulent times, is a radical departure from Giroux’s recent pieces and closer in look and tone to his more stylized short work. The film follows Philippe (Martin Dubreuil), a would-be Québécois actor stuck in an unnamed southwestern American state and forced to deal with crushing poverty, a collapsing moral order, and persecution, all sparked by an ongoing, vaguely outlined war and the odious ethics of an unseen leader, whose rants over the radio tout success at all costs. Yet all around him, Philippe only sees abject squalor and a fearsome propaganda machine recalling 1930s-era Germany.

Even those he encounters who are doing comparatively well derive pleasure only from others’ pain, underscoring the depraved moral and economic conditions that contribute to and create fascism. An aloof, proud woman (Sarah Gadon) who lives in a cave/abandoned basement introduces another girl as her dog; a nasty ringmaster tortures the weak to force them to become informants. Already an outsider because of his accent, Philippe jumps from the frying pan into the fire.