Following the disappearance of her teenage daughter, a woman must raise her infant grandson and find some answers, in this decade-spanning drama starring Sienna Miller, Christina Hendricks, and Aaron Paul. 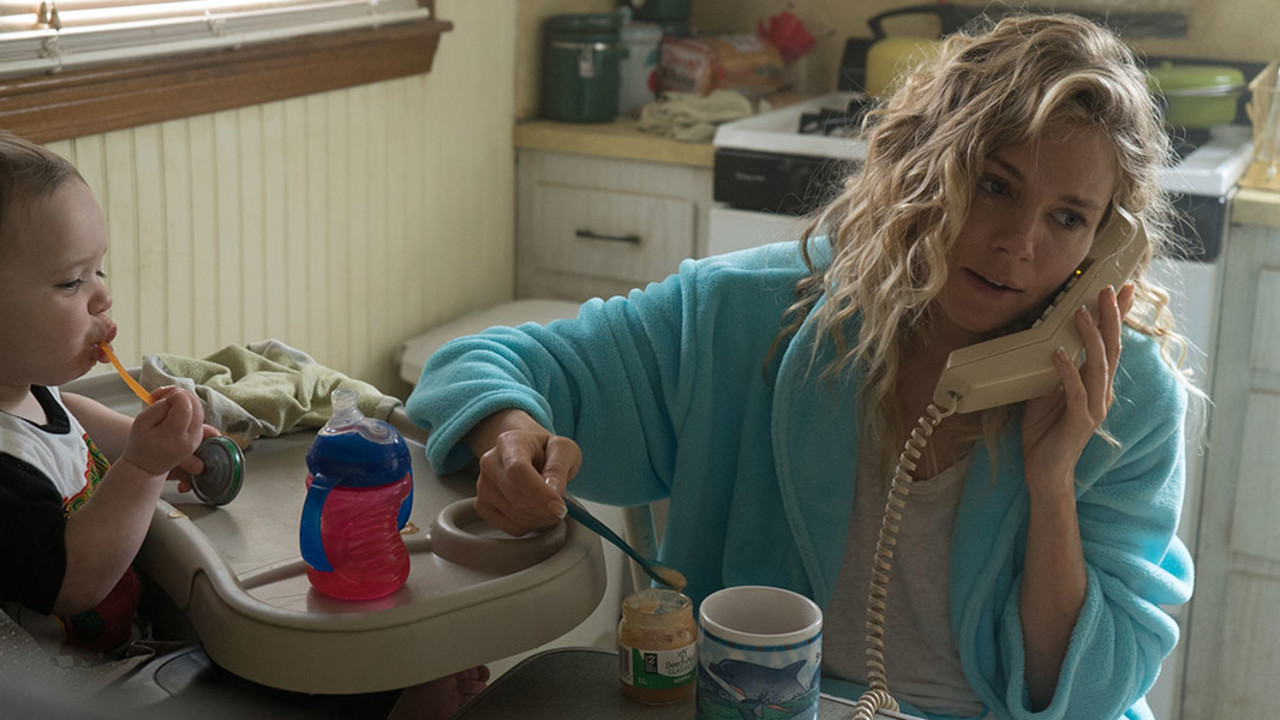 A child's disappearance is a parent's worst nightmare. This riveting drama from director Jake Scott (Welcome to the Rileys) tracks one woman's efforts to navigate that nightmare over a period of 11 years. Featuring stunning performances from Sienna Miller, Aaron Paul, Amy Madigan, and Christina Hendricks, American Woman is about the tragedies that change a person — and the life that happens in between.

Deb (Miller) was never shy about being the bad girl in her family. She had her daughter Bridget young, Bridget had her son Jesse young, and the three of them live a more or less happy life in their small Pennsylvania town. Then one night Bridget goes out with her old boyfriend — Jesse's father — and never returns. Deb's mother (Madigan) and sister (Hendricks) join the entire community in a thorough search, but to no avail.

Time passes, the devastation eases little by little, and Deb moves on, raising Jesse on her own. She starts a new career and finds new love in Chris (Paul), a charismatic construction worker and musician. But just when her devastating loss seems far behind her, new truths come to light that change everything.

Written by Brad Ingelsby, American Woman pulls us deep into the lives of these good, flawed, ordinary people. Miller has never given a performance quite this lived-in and emotionally layered. Her character's pain is soul-piercing, but so are her resilience and survival skills. This is a harrowing story but also a healing one.