In the latest from Matteo Garrone (Gomorrah), mild-mannered Marcello spends his days grooming dogs, hanging out with his beloved daughter and, like most of his neighbourhood, trying to avoid Simoncino, a former boxer and resident bully with whom Marcello uneasily coexists — until a double-crossing prompts an ugly act of vengeance. 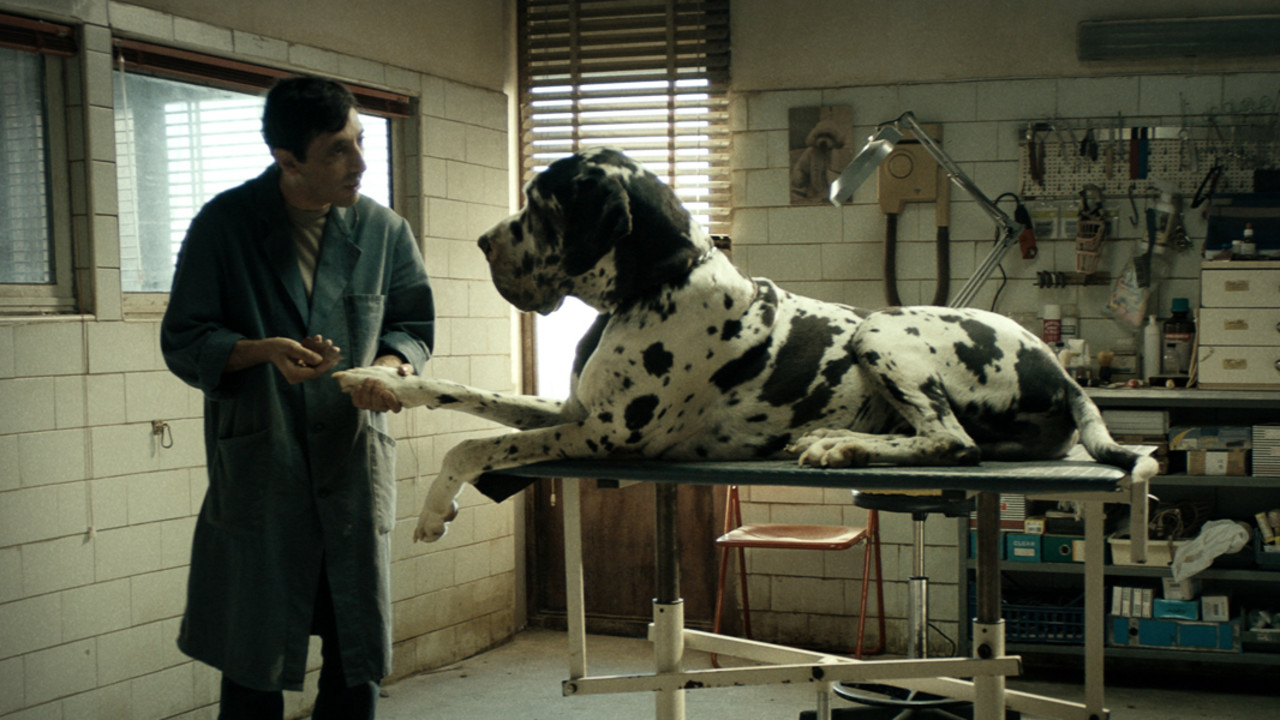 Drawing on a true-crime story that fascinated Italy in the 1980s, Matteo Garrone ventures once again - as he did so successfully with Gomorrah - into the grimy and brutal reality of the Italian underworld. This time the action unfolds not in the urban jungle of Naples, but along a seedy beachside wasteland of tumbledown houses in nearby Castel Volturno.

It's a vivid setting for Dogman, Garrone's unique update of the David and Goliath tale. His protagonist, the even-tempered and seemingly innocuous Marcello (Marcello Fonte), is a devoted single father who scrapes out a living amidst a small strip of storefronts by grooming dogs - and selling cocaine on the side in order to give his teenage daughter the best life he can.

The man who will become Marcello's nemesis is his best customer, Simoncino (Edoardo Pesce), a hulking, unleashed id of a man who deploys brutal violence when confronted by any situation he does not like. Ironically, the wispy Marcello's mild manners and logic have a taming effect on the bullish Simoncino. But the latter's plan to raise more money for his voracious appetites sends their shaky friendship in an unexpected (and bloody) direction.

Fonte, who won the Best Actor award at Cannes for his role here, delivers a performance for the ages as the loyal-only-to-a-point dog groomer, but it is Garrone's remarkable grasp of narrative, conflict, and palpable milieu that has one reaching for superlatives. This is realist filmmaking at its best.