When a demonic cat possesses a general’s wife and wreaks havoc on a Tang Dynasty imperial court, killing a concubine, the unlikely duo of a Chinese poet and Japanese monk join forces to investigate. 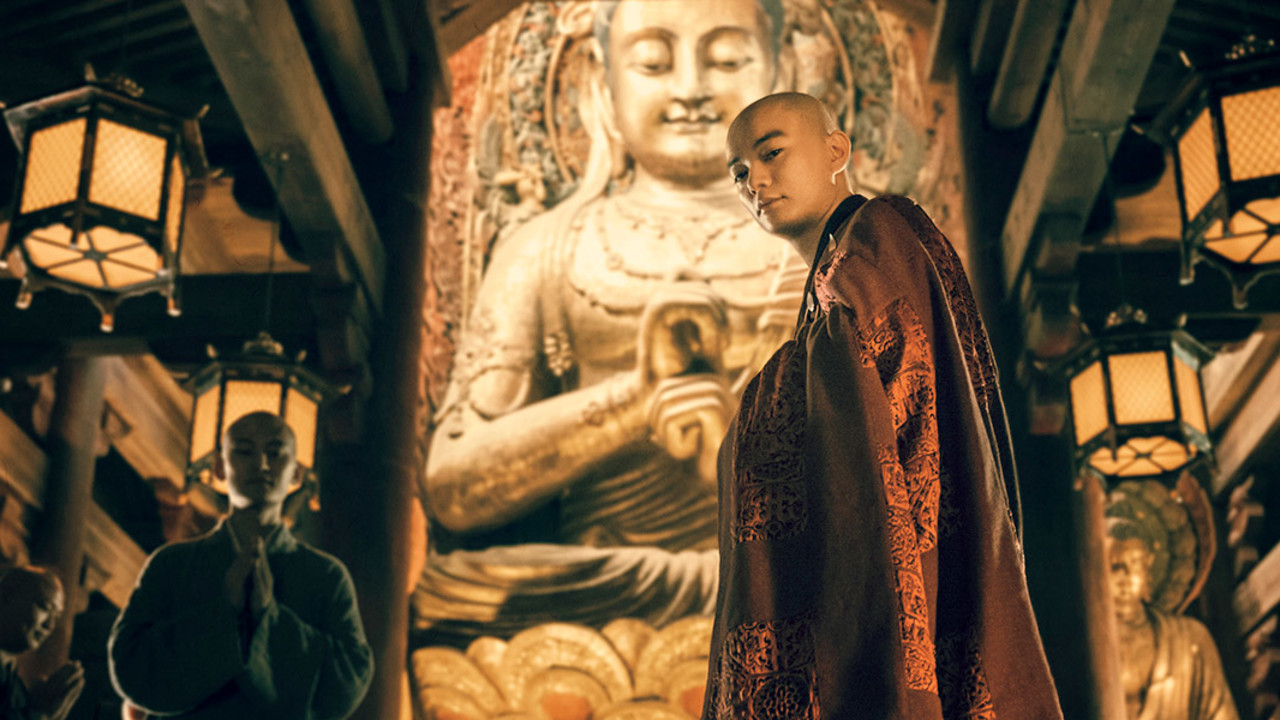 With his epic screen adaptation of Baku Yumemakura's bestselling novel, Legend of the Demon Cat, director Chen Kaige returns with an enchanting and visually stunning tale of love, intrigue, mysticism, and poetry set in a fantasized vision of the Tang dynasty.

Central to the story are two key historical figures: Bai Juyi, one of the greatest Chinese poets — whose lyrics embodied the spirit of the Tang dynasty and became a style model for Japanese literature — and Japanese monk Kûkai, who first brought to Japan the secrets of esoteric Buddhism.

In Legend of the Demon Cat, Kûkai (Shota Sometani) travels to China to study. Once there, he is summoned to court to use his exorcisms to cure the possessed Emperor, Xuanzong (Edward Zhang). When he gets to the palace, the Emperor dies before his eyes, but not before Kûkai detects what may have caused the death: a talking black cat, whose tufts of hair are scattered all over the Emperor's chamber. With the help of the poet (Huang Xuan), the monk identifies the cat as the restless spirit of Yang Guifei (Sandrine Pinna), the imperial concubine murdered by the previous emperor.

References to Bai Juyi and Kûkai's works and poetry, paired with their charming wit, render these characters fascinating for all audiences, both lay and scholarly. Plus, the film's faithful reconstruction of the imperial capital Chang'an is a true marvel. A real city from the past was built over the course of five years (at an estimated cost of US$200 million), bringing to the screen the spellbinding magic of the times, an exquisite complement to Chen's masterful storytelling.