Forced into exile by the English after being crowned King of Scotland, legendary warrior Robert the Bruce fights to reclaim the throne, in the latest from David Mackenzie (Hell or High Water). 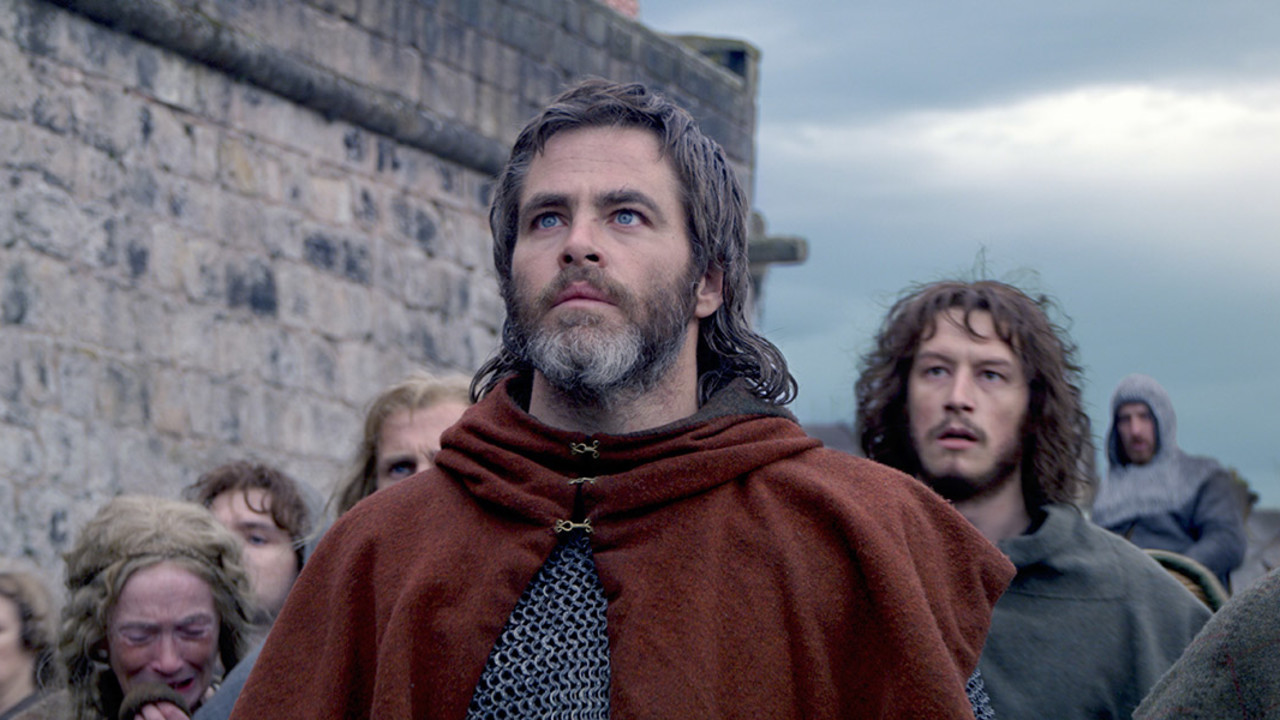 The press conference for this film will be held on September 7. Please visit the event page for the livestream link.

A rousing period epic with much to say about the exercise of power, Outlaw King marks a terrific return for David Mackenzie, director of the Oscar-nominated Hell or High Water. That film's four Academy Award nods, including the nomination for Best Picture, showed Mackenzie building on a reputation for taut drama and gripping performances established with Hallam Foe, Perfect Sense, and Starred Up. Outlaw King gives Mackenzie his largest canvas yet, and shows his already impressive talent for classic storytelling continuing to grow.

Chris Pine stars as Scotland's legendary Robert the Bruce. More warrior than statesman, he is fiercely loyal to his men and country, and an equally fierce adversary in battle. He and his fellow Scots bristle at England's attempts to rule them. When Robert seizes the opportunity to ascend the Scottish throne, England unleashes its fury, forcing the proud king into exile. Now known far-and-wide as an outlaw, Robert must use both strategy and his warrior skills to win back his nation for his people. History buffs and film lovers will know Robert the Bruce from the way his story intersects with William Wallace, the heroic figure at the centre of Braveheart. While there are echoes here, Mackenzie brings his own brand of high-impact realism to the tale, staging scenes for maximum dramatic effect, drawing us ever-closer to his characters.

Pine displays in the lead role both his movie-star charisma and his ability to generate layers of mystery. Aaron Taylor-Johnson (also at the Festival in A Million Little Pieces) is terrific as Robert's trusted solder James Douglas, and Florence Pugh as Elizabeth de Burgh, the woman who will become Robert's queen, is as compelling as she was in Lady Macbeth. Filmed on location in Scotland, and full of the bracing action the story demands, Outlaw King makes for a rich, satisfying adventure