The daily routine and grand ambitions of a hard-working young chambermaid at a high-end Mexican hotel are poignantly explored in Lila Avilés’s striking debut feature. 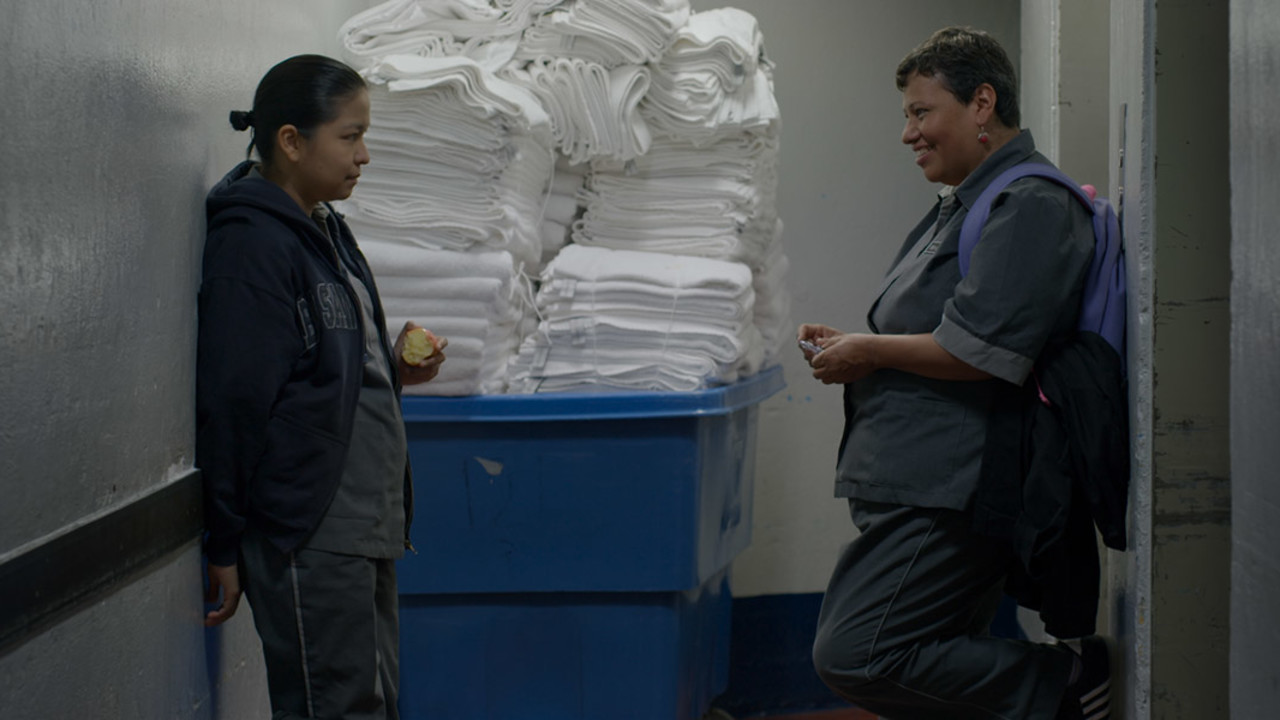 Eve (Gabriela Cartol) works long hours as a maid at a luxurious hotel in Mexico City. A young, single mother who travels far to get to her place of work, Eve has aspirations for the future and hopes that her diligence will get her a coveted spot as the cleaner on an executive floor. She enrolls in the hotel's adult education program in her quest for a better life but quickly discovers that it's not necessarily the most hard-working who get noticed for advancement.

The Chambermaid, Lila Avilés's striking debut, employs a quasi-documentary approach as it accompanies Eve on her daily routine. She quietly enters one indistinguishable guest room after another and we are struck by the intimacy behind the act of cleaning a stranger's mess. The disparity between the guests and those working at the hotel — who often do not have hot water in their own homes — accurately reflects the reality in many Latin American countries. The impersonal hotel, a high-rise of glass and concrete, overshadows the small lives of those maintaining it for the wealthy owners and guests: a microcosm of contemporary Mexican society.

The heart of The Chambermaid is the compelling and unique Eve. As she makes friends at work, engages in a flirtation with one of the window cleaners, and continually works hard to earn promotion, we get to know her a little better and, through Avilés's gaze, become privy to a young woman's journey of self-discovery.