A fast-paced examination of the global circulation of textiles and patterns, The Grand Bizarre is the dazzling debut feature by experimental animator Jodie Mack. 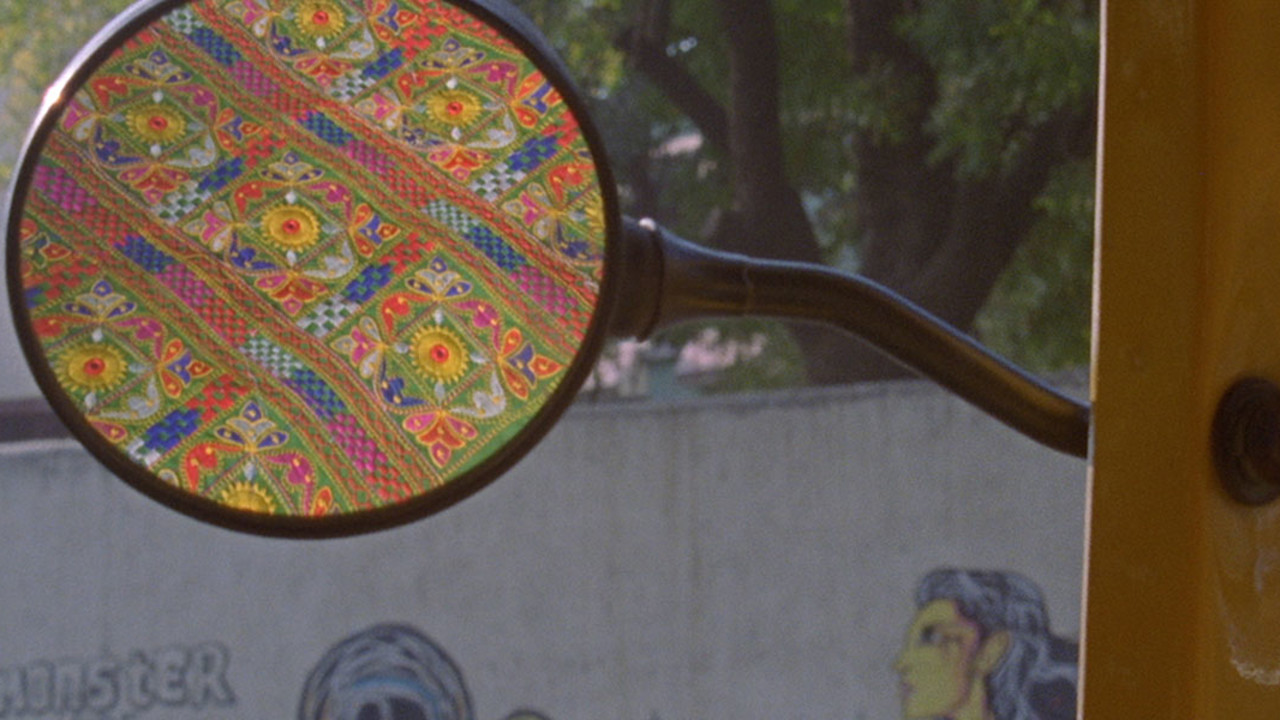 Shot and projected on 16mm, The Grand Bizarre is the dazzling debut feature by experimental animator Jodie Mack, a kinetic examination of the global circulation of textiles and patterns. Building upon her prolific and protean work in shorts — an oeuvre long admired for its technical precision and imaginative manipulation of fabrics, paper, and light, among other experiments — this appropriately ambitious feature expands the artist's scope and scale, inviting a consideration of material culture writ large.

Mimicking its objects of interest, the film is itself a worldwide journey and a developing pattern, which weaves in and out of micro and macro observations through recurring motifs and methods across diverse landscapes and cultures. Buoyant and trippy, The Grand Bizarre explores fabric production and consumption alongside reflections of cultural appropriation and grand systems of visual and spoken language. In addition to an enchantingly rhythmic montage, the film is further enhanced by a dynamic mix of music and surprising sonic flourishes.